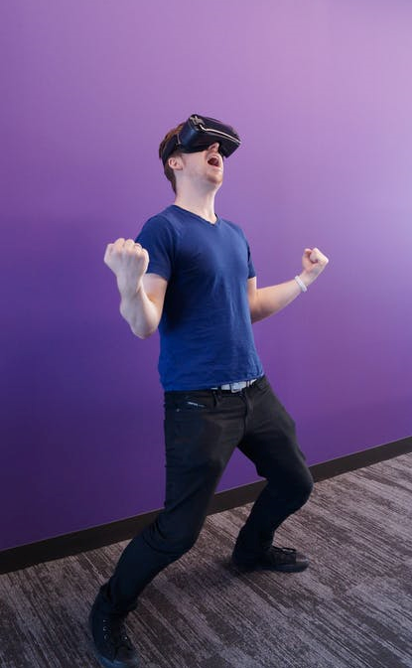 Revenue from virtual reality is expected to grow to $14.8 billion by 2023, and the online casino industry is also projected to boom to $92.9 billion that same year from $60 billion in 2020. It seems that the fates of these two industries may be intertwined, with many people anticipating that VR technology will shake up the online casino sector in the years ahead. This has always been a rapidly evolving industry but, with VR involved, it could look drastically different in five years’ time.

Slots Could Be the First to Change

Looking back through the history of the online casino industry, slots have usually been at the forefront of technological innovations. These games are by far the most popular and are the main draw for attracting new players to sites. This is shown clearly when looking at the Paddy Power games, with the most popular slots like Ring of Odin and Gonzo’s Quest Megaways listed at the top of the page. The provider’s table games are displayed much lower down, highlighting the eye-catching appeal of modern slots.

Some of the biggest slot developers in the business have already started to experiment with VR and imagine how the future of slots could look with the technology. NetEnt, the Swedish developer responsible for games like Starburst and Scarface, has shown off some of its ideas when it comes to VR. The general concept of the slot machine will stay the same, in that some form of cascade or reel-spin will occur. During this time, random symbols will fall into view as they do on slot games now, revealing whether the player has won.

NetEnt’s vision is to have the player enter a virtual world, such as in its game Jack’s VR World. In the fantasy landscape, they will come face to face with this life-size game. The potential for advancements with this is huge, and developers could end up getting highly inventive with the side games they offer.

Another area which will most likely see big transformations is live casino. Live streaming is growing in popularity in the industry every year, and it has become an almost essential offering for online casinos. The concept is appealing because it allows players to connect with real dealers, and brings the casino atmosphere to them in their own homes.

Live streaming and VR will be combined in the future to let people attend concerts and sports events, and it will most likely be used in the same way for casinos. Players will be able to put on a headset and feel as though they are actually sitting across from a dealer, rather than just seeing them through their computer screen. This level of immersion will doubtlessly revolutionize the online casino industry.

It’s fair to say that in five years’ time, online casinos could look vastly different from the ones we know today. VR will go mainstream soon, and this will transform the industry into something even bigger and better.

Why is JavaScript Getting Such a Bad Reputation?
Should You Be Using a VPN for Gaming?