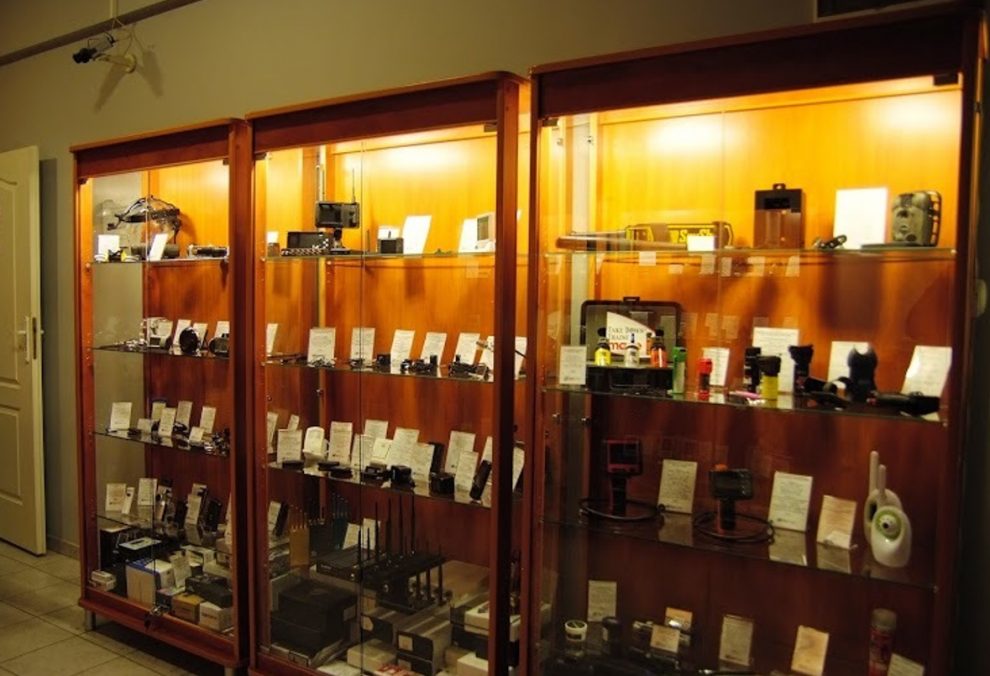 Leafing through any DC or Marvel comic in the years between the fifties to the late eighties would have revealed a number of mail order adverts. Often these would be for practical jokes or gimmick items such as sea monkeys. Hidden within these items were very often adverts for spy gear.

Back then it was common to see vendors offering spy scopes, pens with hidden radios, or even working mini cameras. Most of these items had limited use and were low quality. However, they appealed to a large market of children who wanted to pretend to be a spy.

Today, spy gear has grown up and can be used for a multitude of purposes. There are devices to track stolen vehicles, cameras to enhance security, and devices to find out whether you are being spied on by others.

What can you expect to find in a modern-day spy store?

The devices stocked by these types of stores are more varied than you may expect. There are professional-grade devices that a private detective could make use of, and there is equipment that could be used in a family home to improve safety.

Clicking on https://spycentre.com/ reveals a varied catalog for the potential sleuth or someone concerned about home security.

Below are a selection of devices you could find in a spy store today, and some of their applications.

Perhaps one of the most practical items that spy stores sell is this simple bag to block cell phone signals. Effectively, by using one of these bags you are taking your phone off-grid and securing it from remote access.

The materials used in the bag include silver, nickel, and copper, and are perfect for blocking radio frequencies. They can protect from electromagnetic pulses and are useful for keeping credit cards and any RFID devices safe.

There are plenty of apps to track friends’ locations on an iPad or smartphone, and often these will be linked to the built-in GPS of a smartphone. With GPS trackers, however, you can follow multiple vehicles or people at once.

This is useful if you own a business with a fleet of vehicles, or want to track deliveries. Some GPS trackers will produce reports on mileage and locations visited.

On the flip side, you can also purchase a GPS detector if you suspect someone may be tracking your movements.

There are a lot of negative connotations around hidden cameras, but this type of spy gear can be used very positively.

Eye Witness at ABC News reported on a nanny camera catching a thief. Hidden cameras can be used if you suspect infidelity or criminal behavior. There are of course laws to protect people’s privacy and these must be observed when using any type of recording device.

Hidden cameras come disguised in many forms today. Cameras hidden in WiFi routers, Bluetooth speakers, or glasses are just a few examples. The latter can be useful for recording lectures or meetings as well as gathering evidence.

There has been a lot in the news recently about the Pegasus spyware scandal. It is always wise to protect your phone from online threats, and spy stores provide devices to help.

Some phone recovery USB devices can search apps for hidden malware and spyware. They can also help in the recovery of deleted data. This could be used to recover accidentally deleted photos, or even messages that have been deleted deliberately to hide certain activities.

Voice recorders can be used to stop disputes

Using a voice recorder in a meeting can be a useful way to keep notes for later reference. They can also be used to record arguments or threats at work for evidence in any formal proceedings.

Today, voice recorders can be as small as a paperclip but with a recording time of up to 90 hours. For any fan of those old spy gear mail order adverts, there are voice-activated wristband voice recorders too. Very Mission Impossible.

You may think of corporate spying as being more along the lines of cyber attacks these days. However, there are many famous corporate espionage cases where bugs and recording devices have been used.

Anyone involved in a merger or acquisition will understand the need for due diligence, and any leaks during this period could be financially disastrous. Sweeping for bugs and cameras can reduce the risk of being spied on.

Anyone who suspects their partner is spying on them can also use one of these devices to sweep the home.

Parabolic listening kits for the pro-detective

This device can pick up conversations 300 feet away. For the private detective needing to gather evidence for any client, this long-range device is the stuff of spy movies.

Voice changers are usually associated with phone apps and comedy voices, or sinister characters in movies. Yet, there are some solid reasons for certain people to own a voice changer. Anyone involved in making home movies for instance, could use this to make multiple characters’ voices with one actor.

Spy stores can provide everything an amateur or professional detective could need. But, they can also provide tools to make a family safer or home better protected. GPS trackers can be placed in work vehicles to monitor delivery times, and voice recorders can help with note-taking in lectures.

There are a wide variety of uses for spy gear, and perhaps surprisingly, much of it has nothing to do with spying.