8 Best Hardware And Software You Need To Start Streaming

Do you want to start streaming but don’t know what hardware and software you should have to begin? If that is the case, then this guide is for you.

With today’s technology, streaming is one of the cool things to do online, and getting started isn’t difficult. It doesn’t matter if you want to be the next big YouTuber or build an influential community on Twitch; you can do that with a little effort. You can stream games like an online casino, sports, arcades, and many more if you have the right hardware and software. 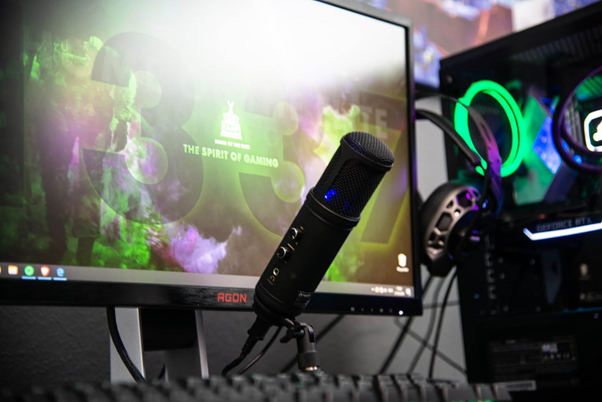 Hardware requirements for streaming are shifting from time to time. Twitch recommends that those who plan to broadcast video games on their platform have a system with at least 8GB of RAM and an Intel i5 processor.

Additionally, you should have a graphics card powerful enough to run the latest games you plan to stream. As a result, you’re likely to need a relatively expensive card. Graphics card requirements don’t matter much if you’re only streaming live video.

You can also set up a stream in various ways. The simplest method to do streaming is by using a single computer. If you prefer not to load the system with the strain of recording gameplay, you can always connect your PC and laptop with a capture card.

Because streaming consumes a significant amount of processor resources, you will not want a low-performing processor. AMD’s Ryzen series of CPUs offers multi-threaded processors with multiple cores that sell for less than the equivalent Intel processors.

For streaming, the AMD Ryzen 5 3600 should be more than adequate. With a maximum boost frequency of 4.2 GHz, 12 threads, this processor offers a powerful performance.

You shouldn’t have any problem with this CPU if you aren’t playing games at max settings while streaming. In addition to gaming, GPUs also play a critical role in streaming, but not as much as CPUs. It is common for this component to cost the most on a gaming PC.

Unlike a CPU, which has a few cores that handle different tasks, the GPU has thousands of cores that specialize in rendering code into beautiful images and videos.

1660 Ti isn’t the fastest GPU globally, but its 6GBs of VRAM and 1875MHz boost clock provide it with a solid performance, which will be an ideal choice for a beginner streamer.

A CPU’s RAM is essential for storing program instructions. The RAM holds instructions that the CPU can quickly access when you open software such as OBS.

When RAM is low, you might have your CPU move older instructions into virtual memory, which can take a long time to load back into RAM.

It is common for computers to crash or freeze when there is not enough memory, which will cause your streaming to lag. So, if you do not want your stream to lag, you should invest in more RAMs.

A microphone is another necessary piece of equipment to have if you plan on streaming. Sites like Twitch place all kinds of restrictions on quality, so spending hundreds of dollars on a microphone that records only pristine audio will be a good thing.

According to Twitch, audio bit rates higher than 160Kbps are not supported, and 96Kbps is recommended, which you should consider before purchasing a microphone for streaming.

The other issue is that Twitch supports only stereo and mono setups, so building a cinematic experience is impossible. A podcasting microphone would be suitable for streaming on Twitch. It’s possible to handle just about anything on a live stream with the Blue Yeti.

You’ll have to consider the camera after you have selected an audio option. Plenty of streamers use DSLRs and high-end cameras, but as a beginner, It’s unnecessary to have a fancy camera for streaming.

You can stream in 1080p at 60 frames per second on Twitch, but it isn’t feasible on average internet connections. Therefore, you should purchase a camera while keeping that in mind.

When streaming with only one monitor, you’ll quickly realize how essential it is to have a second monitor. Having the stream window open on a second monitor allows you to interact with viewers and monitor everything else. You’ll be limited to making changes to your stream when using only a single monitor.

We know that buying a computer, camera, and microphone might make this list a bit expensive, but with a single monitor, you might struggle to stream well. However, the second monitor doesn’t need to be as good as the first.

The next step is to tackle the software side of things after figuring out the hardware part. Twitch has released a broadcasting software called Twitch Studio after months of testing.

In addition to automatically detecting your camera, microphone, and bit rate, this software is aimed at beginners. The app also has built-in alerts and templates, making it simple to set up a stream on Twitch.

The Twitch Studio can be accessed only by Twitch streamers. You won’t be able to use the Twitch Studio on Mixer or Youtube. However, when it comes to public content, OBS studio is the best choice.

It is a free streaming software that streams content from your computer to your preferred service without any issue. With OBS, you can customize everything to your liking, and it’s relatively easy to use.

Its one-stop software allows you to integrate all your inputs and outputs, organize them on a single screen, and then encode and stream the resulting video.

An efficient platform for creating applications without code