The traditional dress of Bolivia is very similar to that in nearby Peru. There may be regional variations within the country. 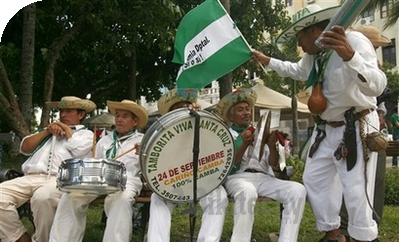