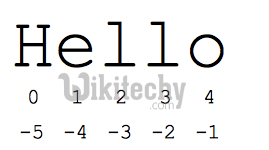 How to define a C-string?

Alternative ways of defining a string:

Example 2: C++ String to read a line of text

Passing String to a Function: