Few would argue with the fact that the emergence of mobile technology such as smartphones and tablets has had a major impact on our lives. We use the devices for so many things, but one area it has really transformed has been the way we manage our money and handle our finances.

Now, a new study has put a spotlight on the growth seen in finance apps across the world, as well as how their presence has truly been felt in the Asia-Pacific region.

The State of Finance App Marketing in APAC – 2020 Edition published by AppsFlyer suggests that finance apps are the “rising star” of the mobile app world, with almost five in every 100 apps downloaded in 2019 fitting into the category. The apps were also found to have made an impact in every part of the world, although their presence was particularly felt in Asia.

India and Indonesia were classed as the two top markets by number of finance app installs in the second half of 2019, with the report putting much of this down to the number of ‘unbanked’ or ‘underbanked’ individuals in those countries. Other Asian countries which featured in the top ten included the likes of the Philippines, Vietnam, South Korea and Japan.

Another of the study’s notable findings was that the rise of FinTech in the Asia-Pacific region had led to the availability of a huge number of different apps in the area, with that in turn leading to intense competition as services look to put themselves ahead of rivals.

READ  How to Find Archived Emails in Gmail

But which app types are managing to stand out from the crowd when it comes to financial services in Asia? Appsflyer’s research found that lending apps were a big part of the market, but also revealed that a growing sub-category was financial services apps for online payments and e-wallets. The latter is particularly notable considering another recent study indicated how well they are doing in the region at the moment.

The Asia-Pacific Online Payment Methods 2020 report on ResearchandMarkets.com found that the likes of AliPay, PayPay and GoPay accounted for around half of the region’s e-commerce sales in 2019, as well as a third of transaction values in-store too. The figures were found to be even higher in China, where more than 90 per cent of connected customers are thought to use AliPay and WeChat Pay.

Such findings clearly highlight how both online and offline retail have embraced digital wallets, but they are far from the only sectors to do so. For example, last year AliPay gave overseas visitors the chance to access its platform for the first time by launching an international version that could be used in mainland China. The service outlined how it was ideal to be used for a range of services including cinema tickets and taxi rides. According to WalktheChat.com, WeChatPay can be used for similar activities, as well as to pay water and other utility bills. Furthermore, Asiabet highlights how e-wallets have also become popular among bookmakers too, with many leading sites supporting established names in the area such as ecoPayz, Skrill, Neteller and UnionPay.

READ  How to Transfer Any eBook to Kindle Using Calibre

A region to watch

All of this clearly suggests that when it comes to the issue of finance apps, Asia is clearly a region to keep an eye on. Many different apps have popped up in specific countries and across the continent as a whole, with that, in turn, creating a huge amount of competition. However, which services could ultimately emerge from the pack and come out on top?

It will be fascinating to see how matters develop in the coming years and whether any specific platform proves to be a hit not just in Asia but also across the rest of the world too. 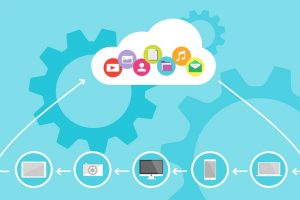