Modern folks of the 21st century are overwhelmed by the growth of Bitcoin trading App these days. The craze of Bitcoins overtook other cryptocurrencies when people started getting high-value returns from Bitcoin investments. But have you ever thought to yourself, who is the main reason behind the existence of such a significant integral part of the cryptocurrencies? Most people do not bother to learn that, and even if they do, they do not find much about the mysterious man behind such high-profile achievements.

If you want to learn more about this mysterious personality and inventor of Bitcoins, then take a quick tour of the following article!

Does anybody know Satoshi Nakamoto?

Satoshi Nakamoto is the founder and developer of the world-famous cryptocurrency, Bitcoins. He launched this cryptocurrency in 2009. Nakamoto started providing the white papers, saying everything about the crypto coin and its development procedures. But he missed mentioning everything regarding himself, the developer. Or maybe you can say that was intentional.

Satoshi Nakamoto had been pretty much active in the development and encoding of Bitcoin after a few years of its launch. There was constant communication from his end with high-profile developers regarding the codes and possible upgrades, opportunities, and futuristic goals of Bitcoins. Satoshi also put a market cap on the limitation of Bitcoins. He stated that only 21 million Bitcoins would be available for mining purposes, the final one. When the 21 millionth bitcoin is mined, nobody will have access to Bitcoin mining anymore!

Nobody knows the reasons behind such limitations. Researchers and various Crypto enthusiasts say that Satoshi had already seen the bright future with Bitcoins. That is why he chose to limit the availability of such an essential virtual asset so that people would not be able to exploit it or take advantage of it for dirty politics.

Satoshi Nakamoto is not only the founder of Bitcoins but also the holder of one million Bitcoins at present, which can probably make him one of the richest men on this planet. When Satoshi launched Bitcoins in the crypto trade market for the first time, nobody paid much heed. Instead, nobody understood the actual value of Bitcoins back then. Eventually, when great entrepreneurs and CEOs like Elon Musk started buying Bitcoin shares from the cryptocurrency trade market, people went crazy after this cryptocurrency!

There was a time when the value of one BTC was even less than a USD but look where it stands now!

These events show how Satoshi Nakamoto started from scratch, where nobody knew Bitcoin, where he is now, and where everybody wants to own one BTC. These were the several achievements of Satoshi Nakamoto. But where did he disappear suddenly?

Yes, that is the common question that every crypto enthusiast and inventor of other cryptocurrencies has in their mind. Well, nobody knows. But you trade Bitcoins on the cryptocurrency trade market easily using one of the most crypto-specific platforms now, the Bitcoin Era.

Satoshi Nakamoto had been quite active regarding Bitcoins’ upgrades and full-fledged development schemes in the first few years after the launch. But by the end of 2010, he started being inactive, and by 2011 Satoshi had disappeared from the scene. After that particular year, Satoshi Nakamoto was nowhere to be seen!

The good controversies regarding the developer of Bitcoin say that maybe he had good intentions towards Bitcoins. Just like the parents of every child wants to see them become strong and successful in life on their own, Satoshi also wishes to see Bitcoins ruling the trade market on its own.

Like the good controversies, Satoshi’s disappearance has also got a few bad ones. The worst debate says that Satoshi fled the trade market with one million Bitcoins which he might use someday to disrupt the crypto trade market in one go. Some people even say that he had greedy intentions toward Bitcoins!

While there are several theories on the inventor of Bitcoin, there is no firm news on the same. What we know for now is that Satoshi Nakamoto has introduced a new age of digital financial revolution, which is here to stay. 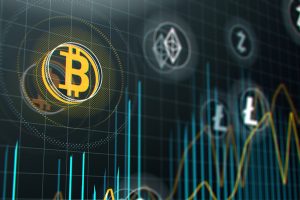 Learn about the differences and similarities between bitcoin and stock trading

Statistics: Most Of The Bitcoin Transactions Are For Gambling

Facts and Figures About Bitcoins and Cryptocurrency