If you are looking for ways to run Android on your PC than your emulator is your answer. There are many reasons why any person would opt emulator for their PCs. The basic purpose of emulator if you are a gamer is that you only want the Android-specific game to play on PC. This in turn provides better visibility on larger screens. It is all about your comfort and preference. Some people don’t even know about emulators. While some people would not waste a moment to get one.

If you are new to this technology then keep reading. You might find it easy to pick one in the future. People use emulators for a different experience to play a game with new gadgets. Those gadgets being a keyboard and mouse. It is also possible that a person wants the setup to only exist for other means. Other reasons might include showing off your setup and so on. Emulator yet for a programmer is something different from the ones that gamers use. While coding programmers need to test the application they are building on emulator.

Here are most common uses of Android emulators . The first one is the most basic and it’s for gameplay. Gamers can use emulators on their PCs to make some games easy for them. They don’t need to depend on the battery life of their devices. Users also don’t have to worry if it consists of macros or not.

Most of the time these little tricks aren’t against the law (in many games) so no one seems to have an issue with it. LDPlayer, BluStacks, MeMu, KoPlayer, and Nox are listed as the best Android emulators for games. 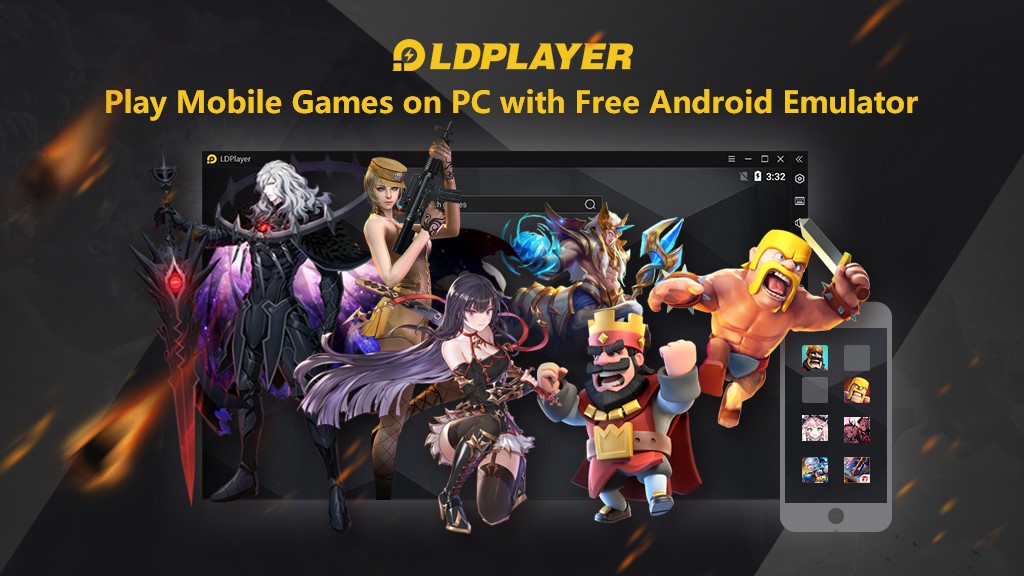 The second basic use case is app or game development. Android developers like to test apps and games on many devices before publishing. Android Studio emulator is all they need for this sort of work. In any case, Xamarin is also magnificent for this kind of use.

The last principle of use is productivity. This isn’t close to as basic because Chromebooks are less expensive. They are better for using Android apps on different devices rather than a phone. Any gaming emulator works as an efficiency emulator.

See also  Playing Bingo with a No Deposit Bonus

Right now, no emulators run the most recent forms of Android. The most of them run something around Android Oreo or Android Nougat. Most current applications and games run fine on those versions of Android.

Comparison between LDPlayer and BlueStacks:

From here on I’d like to explain both of the above-mentioned emulators. By the time that you finish reading this article, you’re going to be able to tell which one of these is more efficient. The comparison is as follows: 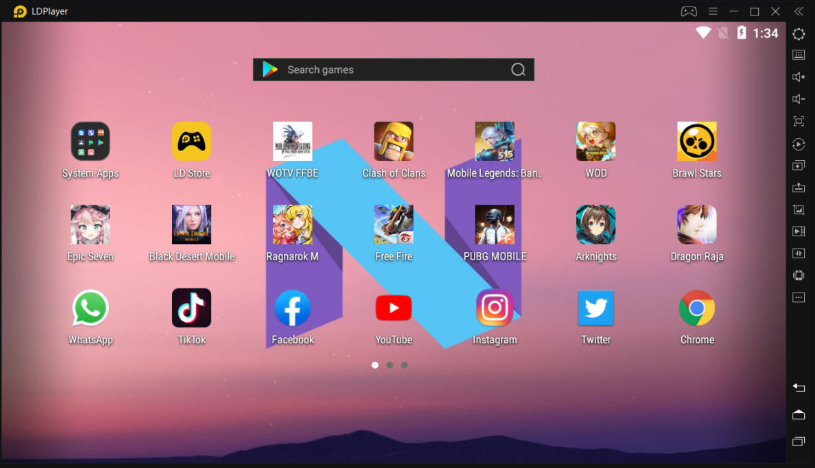 If you are looking for a gaming optimized emulator for your PC then I’d suggest this one. It has only been a couple of months since the launch of the LDPlayer. Let me tell you that LDPlayer has already been the most popular one in the market. Meanwhile, LDPlayer’s best optimized performance make it the best emulator for FREE FIRE. People are going crazy over the performance this emulator has to offer. LDPlayer ranks as one of the lightest emulators that support fast processing speed. Irrespective of whether the PCs are high-end or low-end.

Installed on an AMD powered laptop it worked great without showing any bugs. This tells that the emulator will run smoothly on an Intel-based Windows PCs as well. LDPlayer runs on Android Nougat (7.1.2) for remarkable performance as well as compatibility.

It offers the usual gamer-oriented features. These features include good keyboard mapping controls, high FPS, and good graphical support. All in all, if you are looking for the best Android emulator on Windows then LDPlayer comes at the top.

One other thing that allows a user to choose LDPlayer over any other emulator is its interface. The interface is self-explanatory and the user doesn’t have to dive deep in “how to use it”. LDPlayer has a simple yet innovative user interface that is why it stands out from the rest. The ease of use lets the user focus on the game.

There seems to exist a dedicated app store for games and LDPlayer runs them as well. The user can also enhance performance by Visualization technology in the settings tab. With the help of Virtualization technology, developers have also launched two Android kernels. Those are Android Lollipop 5.1 and Android Nougat 7.1. That being said, LDPlayer provides the best experience to the utmost extent. The user can have Android experience on Windows PC either for gaming or personal use. The installation process of the LDPlayer is very easy as compared to other emulators.

See also  4 Best Android Emulators for Mac You Should Try 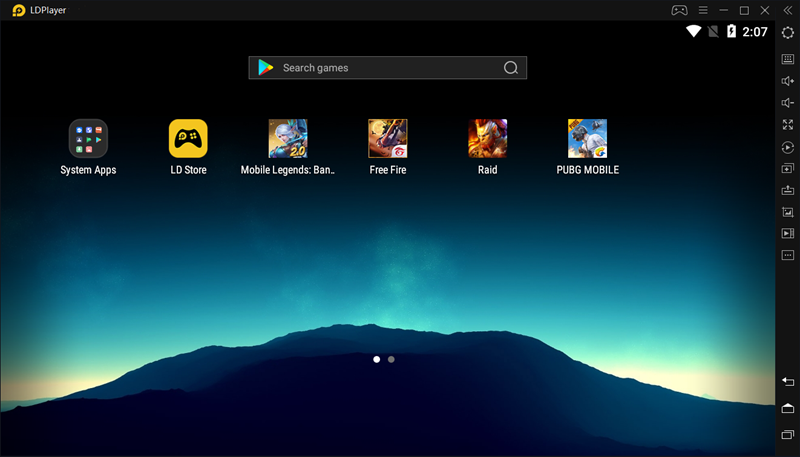 The complete process takes minutes and you can fire up LDPlayer from your PC’s start menu. LDPlayer is on top priority for running your Android games for better game-play but that’s not all. It is also used for some other purposes like for running other social media apps on your PCs such as Instagram.

LDPlayer is one of those emulators that gets a new update monthly. It supports games such as Clash of Clans, Black Desert Mobile, and many more. It also supports some high-demanding games. For example, Free Fire, World of Dragon Nest (WoD), so on. In the new versions, LDPlayer has enhanced the performance of Free Fire. This update makes the auto headshot much easier to pull off. This aspect made LDPlayer earn fame among Free Fire players. 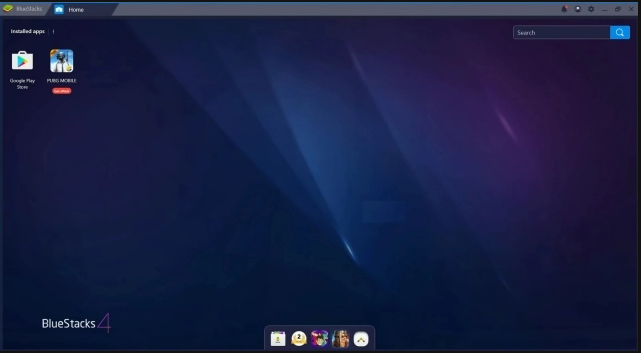 It offers the same features that LDPlayer already supports. Like multi-instance, key-mapping, and a gaming engine based on Artificial Intelligence. The AI-based feature helps in superior performance.

BlueStacks is compatible with both Windows and Mac. After many upgrades it has gone through many the current BlueStacks is based on Android 7.1.2 which is Nougat.

The company has promised a new version: BlueStacks 5, with a new gaming engine based on Oreo. Besides that, the good part about BlueStacks is that the user can run it on any kind of Windows hardware. It doesn’t matter if it is Intel or AMD. So it seems like BlueStacks solved the problems of compatibility.

There is a flaw in BlueStacks because it can be a little bloated at times. Yet, BlueStacks 4 which was launched in 2018 aimed to fix the issues before any further damage. The key-mapping and settings should help make things much easier and smooth. BlueStacks is listed as one of the heaviest emulators ever to exist. But, it also has most features for better or for worse case scenarios. The emulator that can’t perform heavy-duty tasks you might want to rethink your choice. This feature is the only one that seems to meddle with the whole user experience.

Besides all its remarkable features, there are also some disadvantages. You might find some bugs while using BlueStacks on your Mac or Windows PC. These bugs might trigger route issues with controls in some apps. BlueStacks also gives you no options to select either picture or scene mode in some apps.

BlueStacks is all about games. The interface is a front end for downloading and installing those games. It is also possible to visit the Google Play Store and search for other desired apps.

If you want to add apps and games from different sources, you have the freedom of using stand-alone APK files. 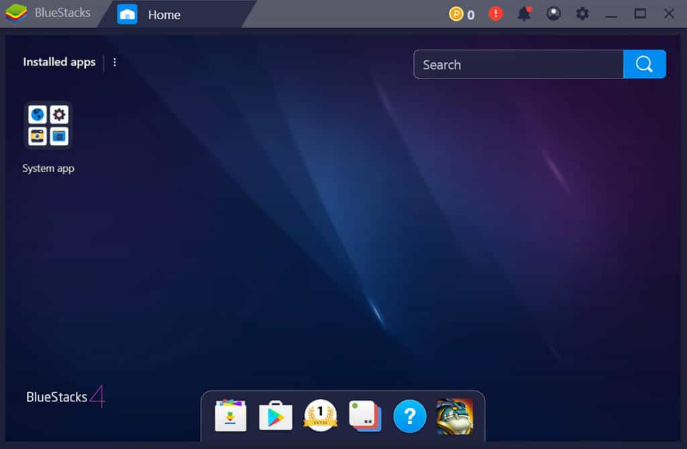 Also, you’ll have a tough time knowing those apps that you’ve already downloaded from Google. These suggestions show up every time you open BlueStacks. We are hopeful that the next version from BlueStacks will ship with these bug fixes.

Windows 10 is the Operating System that made all the Microsoft users very satisfied. So having an outstanding PC one would never compromise on having endless possibilities. Clients always prefer quality over quantity. A professional person would always make sure that nothing meddles with the quality.

LDPlayer is the best of the best free Android emulators for PCs. LDPlayer is the one in market which is compatible with Windows 10. It has a large feature base and promises to provide the best game-play existing. Unlike any other emulator, LDPlayer has a limited number of ads in the market. So you don’t have to worry about annoying ads pop-up messages during the game. LDPlayer is different for gamers and supports a variety of games and applications.

So, if you’re in search of the best Android emulator to play Android games on a Windows 10 PC. So without any problems, why not install the latest version of LDPlayer.  You can download it with ease and free of charge, happy gaming!