Among the world’s many popular travel destinations, the UK stands above most. The United Kingdom has plenty to do—and plenty more to explore. Between London’s Big Ben, the bustling streets of Manchester, and Edinburgh Castle, one needn’t stick to one location to get the most out of their trip.

Whether you’re hopping the pond to see family, exploring or conducting business, you’ll probably need to stay connected to the online world while traveling. From double-checking flight information to daily Facebook browsing, Internet access will likely be a big priority—as it is for most people.

Many travelers use public Wi-Fi networks for on-the-go access—which isn’t always safe. Wanting privacy is entirely reasonable, and it’s all too easy to lose this privacy when browsing. Website ads track data, account usernames can be exploited, and cyber-thieves can quickly become a problem.

Fortunately, today’s digital privacy tools have come a long way. Still, some can be difficult to use—carrying hefty price tags, at that. Many people get discouraged by cyber-security’s seemingly tough entry barriers, as businesses and finance sectors use some of the best digital defense tools.

Because the need for online safety tools is universal, these days, the brightest minds of digital defense have created some genuinely fantastic tech tools for everyone. Among these is the VPN, or virtual private network, which is the most secure.

Using a VPN for the UK

VPNs are incredibly easy to use: As software tools, they’re pre-packaged with a number of high-tech digital defense amenities. Make no mistake, however: While VPNs are accessible to most, they’re still very secure. The most popular VPNs offer military-grade protection—and it’s easy to see why.

If you’re unfamiliar with VPN networks—or if you’re still on the fence about using one—there are some big benefits worth exploring. Having a VPN for the UK, in particular, is an excellent cybersecurity choice. The United Kingdom’s countries are generally safe, Internet-wise, but no location is perfect. Likewise, on-the-go Internet use will always pose risks.

In both cases, a VPN has you covered—and for several significant reasons.

A VPN‘s incredible security stems from its ability to ‘mask’ our online activities, valuable information, and browsing data. Once activated, a VPN becomes a local network. When your devices connect to this network, they also become connected to the VPNs service servers in other locations. VPNs have plenty of servers available around the globe, and you can choose any one of them.

When you’re connected to a VPN’s server, any online activity will ‘pass through’ these locations—which changes your virtual footprint’s ‘identity’ entirely. Your Internet experience becomes virtually invisible, and even your device’s passing data activities cannot be deciphered.

Because a VPN routes your activities through another location, you won’t be blocked form government-censored websites, your banking provider, and even popular entertainment platforms that aren’t available everywhere. This is because you can change your connection’s location itself, using a location that doesn’t block your favorite services. Popular news websites like BBC and HBO are geo-restricted in some parts of the UK, as well as some popular e-commerce hubs, like Amazon.

A lot of these services have been blocked for trademark reasons—but suddenly, losing access to your go-to website can be really inconvenient. Here, having a VPN for the UK will let you access each of these websites, as your connection bypasses the location’s geo-blocks entirely.

See also  Rocket VPN: A Simple VPN for Android Without Any Complications

A VPN can do much more than relocate your browsing experience, too: It encrypts all of your data, making it nearly impossible to decipher by those who’d seek to exploit it.

This can ward off pesky online ad trackers, but it can also protect any data passively sent to websites from your device. Public Wi-Fi networks are big-time hotspots for cybercriminals, as they’re far less secure than private networks. Hackers can parse information from even the smallest of data snippets a device gives off—but they can’t touch data, which is impossible to piece together. For those using a VPN for the UK, these cyber criminals can’t see their online activity in the first place—as it passes through another server entirely.

Internet service providers aren’t among these thieves, but they can still pose some problems for travelers. ISPs in the United Kingdom can be incredibly restrictive when servicing hotels—as safety and legality are among their top concerns. By using a VPN for the UK hotels you stay at, you can bypass restrictions like Internet data caps, blocked websites, and more.

Don’t worry: Using a VPN for the UK is entirely legal—even if it’s used to circumvent IP address blocks. They’re pretty standard, too, as one out of every four people uses one. Costing as little as a couple of dollars per month, they’re incredibly affordable as well—especially when weighed against the financial risks of data theft.

VPN providers continuously work to keep their users protected, developing, testing, and implementing the world’s best digital defense advancements as they evolve. So, no matter where you go, you’ll never be without support—as your digital defense resources extend to cybersecurity experts, as well.

Who Else Wants to Enjoy Free VPN for Windows

How to Reduce the Buffering Time While Streaming Videos Online 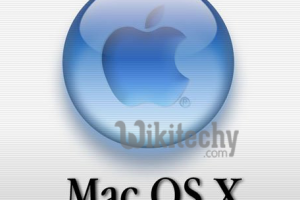 How To Install Mac OS X Cisco VPN Set Up

How to Protect Your Android Device From Online Threats
Should You Be Using a VPN for Gaming?