Let’s start with a fun Google app, shall we? If you have always had an affinity for the cute little Android bot, you will love the Androidify app. The app lets you play with the Android bot and you can give it a brand new look by changing its shape, clothes, accessories and more. After you are done giving the bot the desired look, you can share it as an emoji, GIF or even a picture.

The Google My Maps app is a stellar app and it’s a surprise that we have never heard about it. The app lets you use regions in a map to add your own pointers and details, so basically it lets you create your very own custom map. For instance, you can mark your favorite locations in the city and then use it later to show your friend around. You can save a map, create new maps and even share maps with your friends.

Snapseed is a very intuitive editing app from Google, which packs in tons of features. The app brings your number of tools in a cool gesture based UI, which makes editing pictures a breeze and it really makes us think, why Google hasn’t integrated these features in stock Android. It includes features like RAW develop, tune image, selective adjust, healing, transform along with the usual options to crop, rotate and more.

The app also packs in some very cool filters like lens blur, glamour glow, tonal contrast, HDR scale, drama, grunge, B&W and way more. To sum things up, you should use Snapseed once and it might give your favorite photo editing app a run for its money.

We have already talked in detail about the Google Cardboard Camera app but if you have still missed out, here’s the deal. The Cardboard Camera app lets you take virtual reality pictures from your phone to later view in a Google cardboard headset. These VR pictures have 360-degree 3D attributes, depth as well as sound.

As Google puts it aptly, “Google Spotlight Stories is your mobile movie theater “. The amazing app brings you some of the most immersive stories you can watch on your smartphone. There are stories or movies using 3D/2D animation, 360° spherical cinema-quality video, full-sphere surround sound and sensor fusion techniques to make you feel you are part of the all the action. Trust me, you have to watch it to believe it.

READ  How to Add Calculator in Quick Settings on Android Nougat

While there aren’t many stories in the app, you must watch the ones already there. The graphics are certainly beautiful and you will surely appreciate it.

Arts & Culture is another great Google app that hasn’t received the traction it deserves. For all your art and history lovers out there, the app lets you explore arts, historic wonders, cultural artifacts and more from over 850 archives, museums and other history organizations. There’s ability to take 360 degree panoramic tours, read about various artworks, discover art gems, and view some amazing art in great detail. If you have an interest in art, history and culture, this Google app should definitely keep you engrossed.

Google Express is the company’s same-day shopping app that lets you shop from local stores like Costco, Walgreens and Target. The app lets you buy the usual household items from these stores to be delivered on the same day or the very next day.

Sadly, the service is only available in a few regions including San Francisco, California, Manhattan, Chicago, Boston, Washington DC and Nevada. While the app is available for free, you can get a free membership for $10/month, which brings free delivery on eligible products. If you have a free account, delivery charges start at $4.99.

The surveys too are pretty simple with questions like “Which logo is best?”, “Where do you plan on travelling next?” etc. Sounds pretty simple, right? That’s because, it is! Sadly, it’s only available in US, UK and Canada, as of now.

As the names suggest, Accessibility Scanner is a tool aimed at developers, so that they can edit various interface elements for people with eyesight disabilities. To start using it, you will first have to enable the app in Settings->Accessibility. Once enabled, you will see a floating button that lets you capture a page for suggestions. You can press the button in any page and the app will take the screenshot and scan the page for any suggestions around UI elements it can make. The suggestions include touch targets, item name or label, text contrast etc. You can then share the info with an app’s developer requesting them to make the changes.

All set to try out some cool new Google apps?

Chances are, you might have heard of some of the apps in the list but you most probably haven’t heard of most of them. Honestly, even we had no idea about some of the Google apps on the list and after trying them, we were pleasantly surprised by how good these apps are. Well, it was a little expected, considering these are Google Apps we are talking about.

There are some more unknown Google apps out there but most of them are based at businesses or enterprises and from the consumer point of view, these are no doubt the best unheard Google apps. 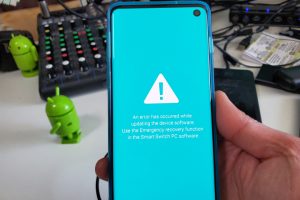 How to fix a bricked Samsung device using Odin? 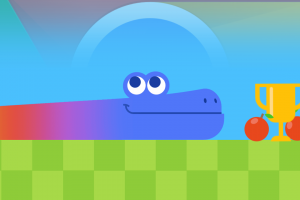 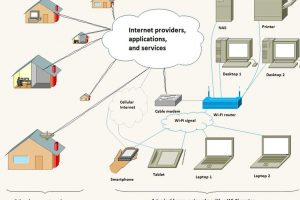