Whether you’re an iPhone user who loves to stay entertained or a PC gamer who prefers a console, you must’ve downloaded one or two games from the App store.

After all, mobile gaming has emerged as the ultimate way to enjoy dopamine release and convenience. Would you spend time in a supermarket queue staring at the people or playing some mobile games? The decision is simple. However, choosing the right modern/retro games for download isn’t easy.

The Apple Store has a vast stock of excellent games, but avoiding the z-list can be troublesome. Take no worries as this article will help you. Here, you’ll get insight into the most well-designed, entertaining titles that deserve to get downloaded on your iOS device.

Here is a comprehensive list of the best iPhone games to download and play in 2022, so check them all.

This game is an excellent choice for all iPhone users, and interestingly, it delves into Alto’s Adventure 2015 version. This follow-up new version keeps on with the series’ compatibility to infuse the mesmerizing visuals of skiing with an endless runner’s smooth and seamless mechanics.

The game requires you to travel across the beautiful mountains while accomplishing goals, acquiring coins, and leveling up. When getting bored, pick your smartphone and play Alto’s Odyssey.

In 2018, the world was introduced to an amazing multiplayer game, Among Us. However, the game received immense popularity and recognition when people were stuck at home doing nothing during the 2020 Covid-Imposed Lockdown.

It became an excellent way for friends and family to spend their time during those terrifying days of Covid-19. It is one of the best multiplayer applications where you work collaboratively with other players to suss out the liar among the group (among us) while you survive in space. To keep your social skills sharp, play this game.

3. The Battle of Polytopia

Go to your Apple Appstore and download the next best thing developed for iOS gamers – The Battle of Polytopia. It is a real-time strategy game that enables you to control and manage a tribe. You’ll be responsible for fighting enemies, expanding territory, and finally building a vast empire.

This game lets you play with strangers or against a friend via online multiplayer. However, if you’re a solo gamer, you can always enjoy that with this game too.

4. Beyond a Steel Sky

It is one of the most popular mobile apps among iOS users as it’s the long-awaited sequel of the 1994 adventure game by Revolution Software – Beneath a Steel Sky.

Although this cyberpunk game title respects the source material, it still leverages the approach by which the point-and-click genre has evolved over the years. From graphics and design to features and convenience, this game has it all.

Recently, the software providers are planning to launch its PC-optimized version for the players using emulators.

Blek is a unique, comforting game for iOS users as it comes with a minimalist art design and simple gameplay features.

This puzzle game requires you to use touch-screen gestures to create patterns and complete every level. Launched in 2013, this game emerged as the most minimalistic yet entertaining addition to the iPhone’s game collection.

So, with this short guide, you must’ve known the top five iPhone games to download. However, if you plan on using an alternative app store like Android’s PlayStore, you may need to reconsider these options.

Metaverse and Online Casinos: The New Age of iGaming The Best Blockers For Gamers 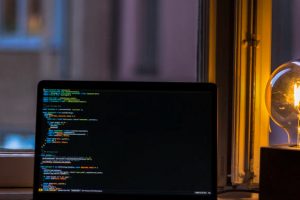