A process can be of two type:

An independent process is not affected by the execution of other processes while a co-operating process can be affected by other executing processes. Though one can think that those processes, which are running independently, will execute very efficiently but in practical, there are many situations when co-operative nature can be utilised for increasing computational speed, convenience and modularity. Inter process communication (IPC) is a mechanism which allows processes to communicate each other and synchronize their actions. The communication between these processes can be seen as a method of co-operation between them. Processes can communicate with each other using these two ways:

The Figure 1 below shows a basic structure of communication between processes via shared memory method and via message passing. Ex: Producer-Consumer problem
There are two processes: Producer and Consumer. Producer produces some item and Consumer consumes that item. The two processes shares a common space or memory location known as buffer where the item produced by Producer is stored and from where the Consumer consumes the item if needed. There are two version of this problem: first one is known as unbounded buffer problem in which Producer can keep on producing items and there is no limit on size of buffer, the second one is known as bounded buffer problem in which producer can produce up to a certain amount of item and after that it starts waiting for consumer to consume it. We will discuss the bounded buffer problem. First, the Producer and the Consumer will share some common memory, then producer will start producing items. If the total produced item is equal to the size of buffer, producer will wait to get it consumed by the Consumer. Sim-
ilarly, the consumer first check for the availability of the item and if no item is available, Consumer will wait for producer to produce it. If there are items available, consumer will consume it. The pseudo code are given below:

Shared Data between the two Processes, 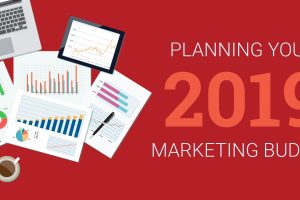