For centuries, people have been going to the casino and trying their luck on a wide number of popular games. Many have tried to rely on systems to help them win. For example, countless fans of roulette have tried to use the martingale system. In this, you double your stake after each losing bet in the hope that, as soon as you win, you’ll have recouped all your losses. While this is a logical theory in principle, it does rely on a win happening while there’s still money left in the bankroll.

Naturally, there’s not a single casino game that doesn’t rely on luck and defy all betting systems in the end. But there is one in which strategy can be applied to help increase your chances. That game is blackjack which sometimes also goes under the names of pontoon or vingt-et-un.

For anyone who’s never played before, the basic rules are the same whether you’re playing in a casino or enjoying blackjack online. Incidentally, the latter option could be helpful for newcomers to the game, as many online casinos offer promotions to new players, such as free chips, free spins, and welcome bonuses. This can mean that you sometimes receive what is technically free stake money before you begin to play. But how do you play? Well, in the game itself, you play against the dealer in a contest to see which one of you can get closer to a score of 21 with your cards. Ideally, you will actually score 21, or blackjack, through a two-card combination of an ace and either a 10 or a picture card of a jack, queen, or king.

To play, you place your bet and the dealer deals you two cards, face up and themselves two, one face up and one face down. As long as you don’t already have blackjack you have the choice to stand with your two cards, or to “hit” which means take another. You can carry on hitting until you’re as close as you believe you can get to 21, or have gone over it. In this case, you’ll go bust and lose the hand, whatever the dealer’s score.

But the great aspect of blackjack is a set of rules that are called “The Basic Strategy”. Back in the 1950s, a quartet of American blackjack players who were also mathematicians used a computer to work out, statistically, whether standing or hitting would be the best move in any given game situation. Their conclusions were published in The Journal of the American Statistical Association and in 2008, the men were inducted into the Blackjack Hall of Fame.

Today, many players still use the system – it’s just a question of memorizing a series of tables that guide decision-making. It’s not fool-proof, but it can tip the odds very slightly in your favor – so dedicating a few hours to studying the tables could be worth considering. It’s an interesting exercise in strategic thinking if nothing else! 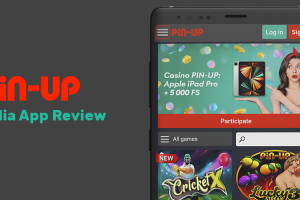 How to play casino games with a mobile Pin Up casino App? 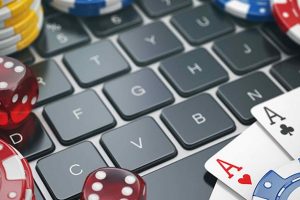 How is Crypto Impacting Casinos