Regular expressions (Regexp) is one of the advanced concept we require to write efficient shell scripts and for effective system administration.

Regular expressions (Regexp) is one of the advanced concept we require to write efficient shell scripts and for effective system administration.

A regular expression is a concept of matching a pattern in a given string.

^ –Caret/Power symbol to match a starting at the beginning of line.

$ –To match end of the line

* –0 or more occurrence of the previous character.

. –To match any character

[^char] –negate of occurrence of a character set

How about finding empty lines in a file?

Example : Match all files which have a word twt, twet, tweet etc in the file name.

How about searching for apple word which was spelled wrong in a given file where apple is misspelled as ale, aple, appple, apppple, apppppple etc. To find all patterns

Readers should observe that the above pattern will match even ale word as * indicates 0 or more of the previous character occurrence.

Example: Match all the file names except a or b or c in it’s filenames

This will give output all the file names except files which contain a or b or c.

Example: Search for a word abc, for example I should not get abcxyz or readabc in my output

Example : Find files which contain [ in it’s name, as [ is a special charter we have to escape it

Example : Find all the files which contains a number in the file name between a and x 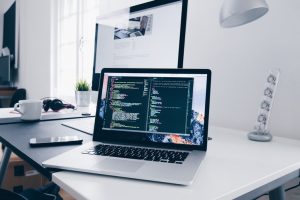 3 Things You Must Consider Before Starting a Web Hosting Company