In recent times, technology has played a massive part in moving the world of sport forward into the 21st century. One example of this is when we previously discussed how technology is making the NFL safer. It’s also being used to a great extent in the other type of football, with the games that are now played in the top leagues around the globe looking vastly different from just a few years ago, due to all the futuristic tech that’s on display.

It’s not just in club football that this technology has been implemented though, as you’ll only need to watch some of the matches currently being played at the FIFA World Cup 2022 to see some seriously impressive examples. Taking place in the Middle East for the first time, this World Cup in Qatar will be the most technologically advanced in the competition’s illustrious history. As we’re all such techie supporters here, we thought we’d give you the lowdown on some of the most stunning tech on show at the World Cup 2022.

This tech was first debuted at the previous World Cup, which took place in Russia in 2018, and has been easily the most seismic change in football for some time. The Video Assistant Referee, known as VAR for short, enables several referees’ assistants that are located behind the scenes, to watch back video replays of important incidents, and relay their findings to the on-field ref. On top of that, there’s actually a screen at the side of a pitch, that they can advise the ref to go over and review his call, by watching multiple replays of the decision in question.

What this does in theory, is remove as much controversy as possible from the refs’ calls, allowing them to get the best chance of making the correct conclusion. For instance, if there’s been a tackle that looks like it was a penalty, and the on-field ref gives it, then the VAR assistants can pore over numerous replays to see if it was the correct call. If it turns out that the player took a dive to win the penalty, then that information will be passed on to the on-field ref, who will have the ability to overturn his original choice.

The ball being used in all 64 matches at this World Cup is itself a wonder piece of technical wizardry. Named the Adidas Al Rihla, which means ‘the journey’ in Arabic, it might look like the usual fare that has been used in World Cup’s up until now, but hiding away inside are the most high-tech motion sensors available. These sensors will feed data back to an information centre, which will allow officials to register the most accurate statistical details ever recorded.

This will be great news for the many bettors out there, as they rely on these statistics for many bets, so the guarantee of them being totally accurate will be extremely comforting. This includes any gamblers living in the host country, as there are loads of the best betting sites in Qatar, now available over on Arabian Betting. Visitors will be able to use these online bookmakers to bet on football at the World Cup, or on a wide-range of other sports. Plus, there’s a complete guide which details everything needed to be able to start betting in Qatar. They’ll be able to start placing safe bets online, in just a few clicks. With this World Cup being held in Qatar, which is situated amongst arid desert, the tournament had to be moved from its usual summertime fixture date, to the winter. Even with that massive change, temperatures still remain high in the Arabic country, so the organisers looked towards the magic of technology to help them out. Step forward one Saud Abdulaziz Abdul Ghani, or as he’s also known, ‘Dr. Cool’.

The Qatari professor earned this excellent nickname by being a specialist in engineering cooling systems, and he took on his biggest challenge yet, when he was put in charge of engineering one that could be used in all eight of the open-air stadiums that are being used during this tournament. To achieve this monumental challenge, he looked towards air conditioning used in cars and then recreated it on a much larger scale. This amazing feat in engineering has enabled the stadiums to be encased in a cool bubble of air as the matches take place. 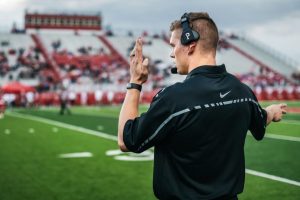 How Has Technology Changed Sport? 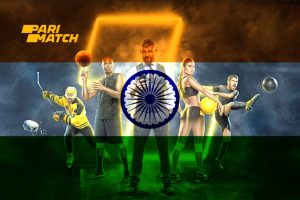