JavaScript, or JS, is one of the most useful languages in web development. However, it is also universally hated all across the world. Although it produces good results and thus is more and more used all across the IT world. JS gives your website an ability to feel much more futuristic, developed, and professional. However, to say that all of the criticism is unjustified is going to be a huge lie.

JavaScript is a client scripting language that is utilized when creating web pages. The main uses are to make the website more dynamic with special graphical effects. It conforms to ECMAScript specifications and is a high-level programming language. It is most often used alongside HTML and CSS. Most if not all of the major websites have dedicated JS engines to execute them. These alterations are usually made to augment the user-side experience on the page. It is worth noting that there are numerous similarities between Java and JavaScript including and not limited to syntax, language name, standard libraries, etc. they are still not related and are designed way differently from each other.

JavaScript came into existence in the mid-1990s. This was due to a growing demand to free user experience from the limitations of static websites and start augmenting the process with more graphical and dynamic behavior of pages. Mosaic web browser was one of the first-ever to support Graphical User Interface (GUI) for non-technical people. In 1995, in order to create more interactive and better-looking websites, Netscape decided to create a new programming language. Idea was to have a similar syntax to Java but to be too much like other scripting languages and thus came to be our loved and simultaneously hated JS.

The added value of the JS to web development has allowed us to create much better looking and functioning websites. This has enabled companies to provide much better and useful services on the internet. These can be anything that is popular right now starting from just simple Google’s homepage to Facebook, Youtube, Twitter, Amazon, eBay, etc. JS developers are in high demand in general. Although front-end development is usually considered to be paying less for people who want to augment their capabilities and slowly step into the backend JS is a way to go. The popularity of online casinos has spurred the need for JS developers. Lots of companies in European countries have started making and selling online gambling games to foreign companies. This is due to the fact that such activities are illegal in most countries like Norway for example. However, the representatives of a real money online casino have made it clear that knowledge of JavaScript adds to the CV of the interested individual causing the company to give higher salary as it generally means that the applicant is knowledgeable in not only the visuals but backend side as well. Without JS, most if not all of these websites that we use today would lose core functionality and online casino gaming would be straight-up impossible.

Where does all of the hate towards JavaScript come from though? Well, first of all, JS did not have a good start. You know how there is a wording “started on the wrong foot?” JS did just that except instead of a wrong foot it just rolled out of a flying airplane without a parachute on top of the most active volcano in the world. Stating that JS was a programming language when it came out is a huge overstatement. It was much more resembling bash. Just a scripting language not a real one like PHP or Java or C. Anything complex would bare down on the engine so hard that the website would turn into an impossible to load a page that would melt your hardware into a goo. For a decade JS was plagued by numerous issues concerning operability like weird callback issues and difficult to access Document Object Model or DOM.

In 2006, jQuery came out. It managed to fix a lot of issues with not only cross-browser compatibility but DOM access and weird callback hells as well. However, the existence of jQuery has brought a new fascination in the web development industry. Everyone started using it.

2 years have passed and the V8 engine came to be in existence which made JS a much more bearable experience. V8 engine for JS was developed for Chrome and chromium-based browsers to improve the performance of JS execution. Now people could finally do something more complex. Although this also didn’t last long due to the fact that the whole industry decided to write everything in JavaScript and try to ditch ASP, ActiveX, and even PHP. All of the popular browsers at that time like Internet Explorer, Opera, Firefox, Chrome, had their own small variations of JS. Due to this, the behavior of browsers was slightly different.  The idea was that with V8 engines rendering things on the client-side was actually viable. This in turn would make pages more dependent on the device of the user rather than the ability of a server to handle so much rendering.

jQuery mixed with the V8 engine gave rise to a whole different beehive. A swarm of badly made websites started emerging left and right using jQuery and the V8 engine’s new advanced tracking system (via JS). Due to this, websites started slowing down again and eating up all of the system resources like RAM, and CPU power. Due to this a lot of times the websites made using PHP are held to high regard even to this day. JavaScript came a long way in its development and has reached somewhat of a functional state.

In conclusion, there are numerous reasons to hate JavaScript even to this day. However, most of the bad reputation is still coming from the days of the old. The whole programming, in general, is done way differently now than it used to be. The hardware and software have become much more sophisticated and the programming languages became more user friendly as weird as it may sound. Internet Explorer is fully deprecated while with the help of HTML5 and ES6 JS became far more stable. This is why a lot of people who started learning programming and JavaScript in particular see not so many issues as they tend to grow with the quirkiness of the language itself. While people who have been programming since the original C and Java will be smashing their heads on the wall just to try and debug some of the things that are exclusive to JS language like triple equals with weird variable definitions. Var for example will make the variable visible outside of the if statement even if it is rooted inside of the function. Nowadays there are options like let and const for constants. The problems arise these days when one is trying to utilize multithreaded CPUs with JS, which is quite hard even though Atomic and Shared memory are all part of ECMAScript 2017. 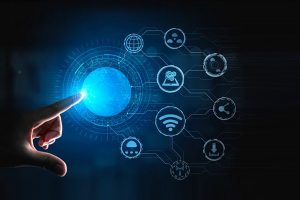 How You Can Get Your Phone Back When You Lose it?
VR In the Online Casino Industry: A More Experience Horizon