People have created over 300 programming languages. But for a successful start, it is not necessary to learn all languages. Each language has its tasks and a field of application. Let’s figure out which languages ​​will be in demand in 2022 and where to start your path to a career as a programmer.

What programming language should you learn first?

Programming is the process of creating custom programs from source code. It will take 6 to 10 months to learn a programming language at a basic level. But if you make a mistake when choosing, the language can quickly become outdated, and you will lose money and time.

An experienced programmer should know several languages ​​to understand the goals and objectives better. To determine popular languages, companies make various ratings: IEEE, TIOBE, and GitHub. Each of these 2022 rankings will be reviewed in detail.

In October 2021, there was a revolution in the world of programming. The Python language took first place in the popularity index according to TIOBE. This language is in demand in back-end development and Data Science, suitable for creating mobile and desktop programs. The second place went to the C language, and Java occupied the third. The TOP-10 includes C++ and C#, JavaScript, Visual Basic, SQL, Swift, and Assembly Language.

The IEEE Institute of Engineers has updated its 2022 ranking of popular programming languages. Python also became the leader, which is the fourth victory in a row. And let Python rest on its laurels; Java took the second place of honor. First of all, it is relevant for Big Data, the development of Android applications, and back-end programs. In general, the TOP-5 is similar to the TIOBE ranking. The growing popularity of C# is associated with the release of Windows 11 and the ninth version of C#.

GitHub, the famous IT hosting service, published a detailed Octoverse report with data on various areas of development. JavaScript remains the unchanging leader, according to GitHub. Python, which overtook Java in 2019, holds the second position. Java closes the TOP-3 programming languages that will rule in 2022. How to choose a programming language in 2022?

First of all, you need to decide which area you will work in. For example, front-end programmers need to know HTML, CSS, and JavaScript. Back-end programmers are responsible for the stuffing of the site. They start their way into programming by learning PHP and SQL.

The programming is 80% self-study. All the necessary materials are available on the Internet. The most important thing you need right now is motivation. We encourage you to take a holistic approach to learn. For example, combine online courses with lectures, articles, and official documentation. Do not try to learn several languages ​​at once; start with the simplest ones. 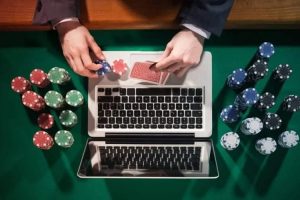 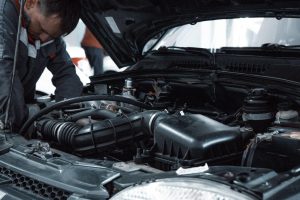