What is User Defined Functions in Apache Pig ? Types of UDF’s in Java

Writing UDF’s using Java, you can create and use the following three types of functions −

Follow the steps given below to write a UDF function,

While Writing UDF’s, it is set to inherit the EvalFunc class and provide operation to exec() function. With in this function, the code required for the UDF is written. 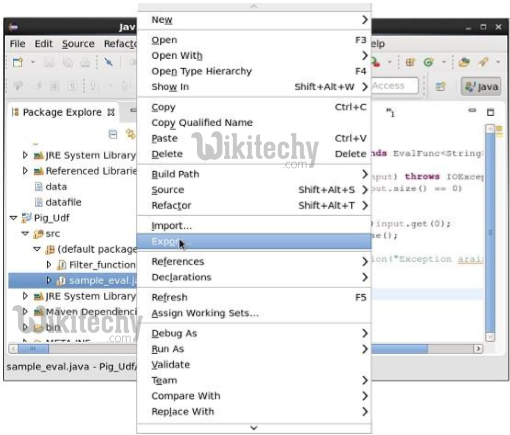 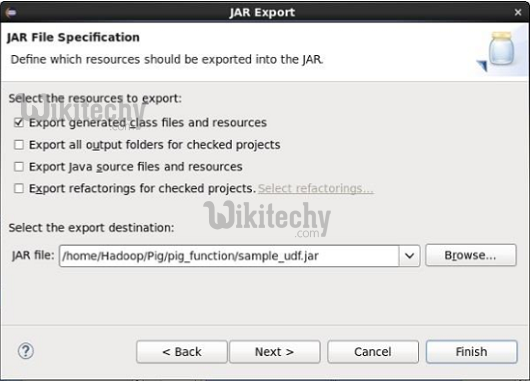 The Register operator syntax is given below.

− imagine the Jar file in the path − /$PIG_HOME/sample_udf.jar

The syntax of the Define operator is shown below.

Define the alias for sample_eval as shown below.

Ensure you have loaded this file into Pig as given below.

How to use UDF libraries 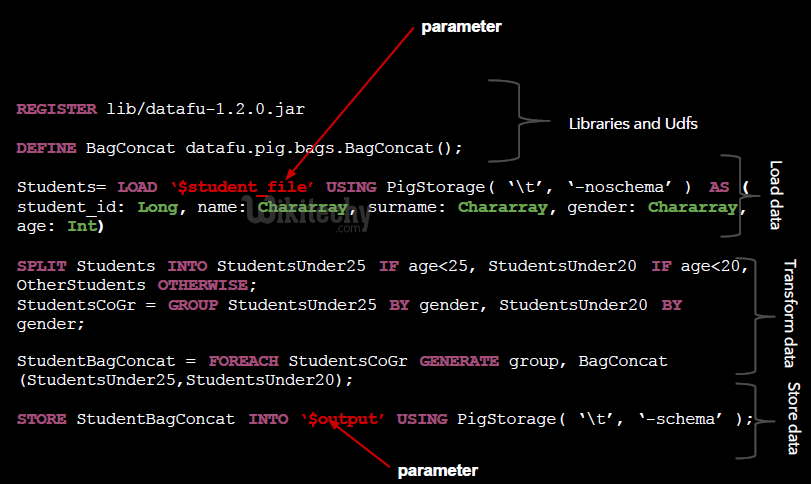