This article illustrates how to automate movements of mouse and keyboard using pyautogui module in python. This module is not preloaded with python. So to install it run the following command: 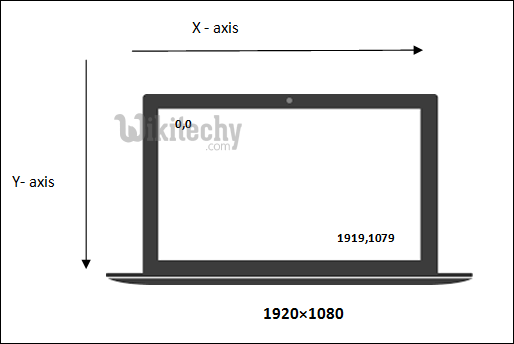 Save this file with .py extension, and then run the file.
This python code use size() function to output your screen resolution in x,y format:

This code uses moveTo() function, which takes x and y coordinates, and an optional duration argument. This function moves your mouse pointer from it’s current location to x,y coordinate, and takes time as specified by duration argument to do so. Save and run this python script to see your mouse pointer magically moving from its current location to coordinates (100, 100) , taking 1 second in this process.

This code performs a typical mouse click at the location (100, 100).
We have two functions associated with drag operation of mouse, dragTo and dragRel. They perform similar to moveTo and moveRel functions, except they hold the left mouse button while moving, thus initiating a drag.
This functionality can be used at various places, like moving a dialog box, or drawing something automatically using pencil tool in MS Paint. To draw a square in paint:

Before running the code, open MS paint in background with pencil tool selected. Now run the code, quickly switch to MS paint before 10 seconds (since we have given 10 second pause time using sleep() function before running the program).
After 10 seconds, you will see a square being drawn in MS paint, with its top left edge at 1000,1000 and edge length 100 pixels.

This code scrolls the active screen up to 200 pixels.

Suppose a text field was present at coordinates 100, 100 on screen, then this code will click the text field to make it active and type “hello Wikitechy!” in it.

This code is automatic equivalent of pressing left ctrl and “a”simultaneously. Thus in windows, this will result in selection of all text present on screen.