How we invoke our decorator ?

Following are important facts about functions in Python that are useful to understand decorator functions.

A decorator is a function that takes a function as its only parameter and returns a function. This is helpful to “wrap” functionality with the same code over and over again. For example, above code can be re-written as following.

We use @func_name to specify a decorator to be applied on another function. 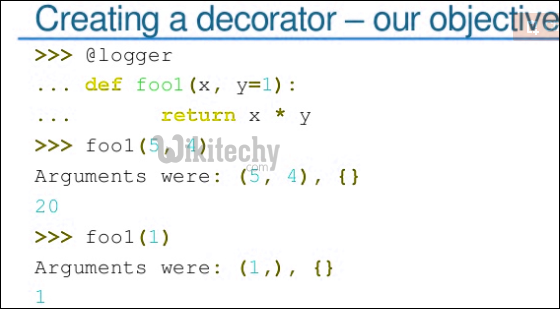 Decorators can also be useful to attach data (or add attribute) to functions.

Python decorators are a powerful tool to remove redundancy.