A Set is an unordered collection data type that is iterable, mutable, and has no duplicate elements. Python’s set class represents the mathematical notion of a set. The major advantage of using a set, as opposed to a list, is that it has a highly optimized method for checking whether a speci?c element is contained in the set. This is based on a data structure known as a hash table. 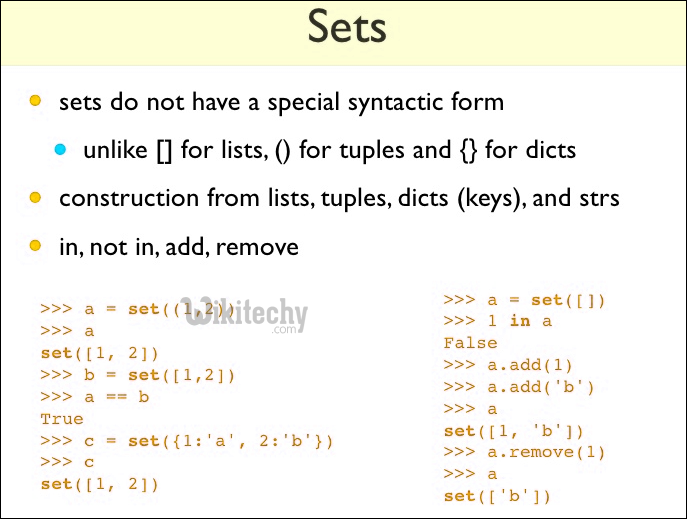 Frozen Sets Frozen sets are immutable objects that only support methods and operators that produce a result without a?ecting the frozen set or sets to which they are applied. 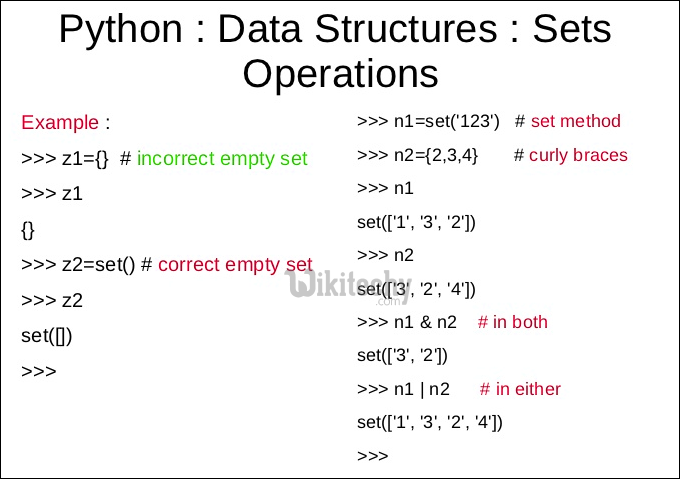 1. add(x) Method: Adds the item x to set if it is not already present in the set.

-> This will add Daxit in people set.

2. union(s) Method: Returns a union of two set.Using the ‘|’ operator between 2 sets is the same as writing set1.union(set2)

-> Set population set will have components of both people and vampire

3. intersect(s) Method: Returns an intersection of two sets.The ‘&’ operator comes can also be used in this case.

-> Set victims will contain the common element of people and vampire

4. difference(s) Method: Returns a set containing all the elements of invoking set but not of the second set. We can use ‘-‘ operator here.

-> Set safe  will have all the elements that are in people but not vampire
5. clear() Method: Empties the whole set.

However there are two major pitfalls in Python sets:

key not in s   # non-containment check

Code Snippet to illustrate all Set operations in Python

Related Searches to Sets in Python